September’s Classical Music Month was established in 1994 by President Clinton. The benefits gained by listening to classical music are plentiful. Studies have found that listening to this type of music reduces stress and lowers blood pressure. It exercises the brain. It helps with balance and gait.

Here are five to try.

Start your parents with the four-disc Vivaldi concertos. Back to Bach is a newer album that will appeal to them. Don’t overlook Imagine, a collection of her classical instrumental versions of many Beatles songs.

Have your parents listen to Cold Mountain (The Santa Fe Opera). After that, celebrate America’s music with All Things Majestic.

The four musicians in Kronos Quartet focus on a variety of musical genres including contemporary classical music. They started in the 1970’s and include two violinists, a viola player, and a cellist. They’ve won several awards including Grammy awards in 2004 and 2018.

Pieces of Africa was a #1 album. Lyric Suite was a Grammy winner. Start with those albums and see what your parents think.

Here are a few suggestions for albums to introduce your parents to. Three Worlds: Music From Woolf Works is a tribute to Virginia Woolf’s writings. Recomposed is his take on Vivaldi: The Four Seasons.

This composer and pianist is one of today’s most popular contemporary classical artists. He’s sold well over one million albums, and his music is streamed even more than that. If you’ve seen the Golden Globe winner Waltz With Bashir or HBO’s The Leftovers, you may have already heard his music.

John Williams’ music is probably familiar to you and your parents. He’s known for the music in the Star Wars movies. He’s also known for the Jurassic Park theme and music in many other movies like Harry Potter, Jaws, Raiders of the Lost Ark, and Saving Private Ryan.

Listen to all of them on John Williams: A Life in Music. Even better, get The Music of John Williams: The Definitive Collection to experience most everything he’s done.

Home Care providers help provide the care your parents need when you can’t. Home care aides can make sure your parents are entertained and engaged throughout the week. They can put on music for your parents, watch a movie with them, or take them out for a drive. Call our home care agency to arrange caregivers.

If you or an aging loved one are considering hiring professional Home Care Services in Warren NJ, please talk to the caring staff at Generations Home Health Care today. Providing Home Care in Somerset, Essex, Union, Morris and Hunterdon Counties. Call us today at (908) 290-0691 or (973) 241-4534. 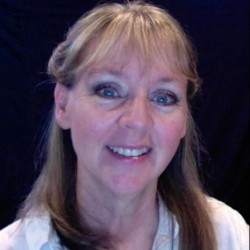 Susan Myer, RN, BSN, CCRN, CDP
Co-Owner at Generations Home Healthcare LLC
Susan is the Co-Owner of Generations Home HealthCare and has 35 years of business experience and entrepreneurship. For the last 10 years she has been a Registered Nurse working at St. Luke’s Hospital (Bethlehem, PA) in the Neuro/Trauma Unit and as a critical care nurse at Hunterdon Medical Center. She has a B.S. from Rutgers University and a BSN from Moravian College in Bethlehem, PA.Susan is currently in the process of obtaining her Master’s in Gerontology. Susan is married, has 2 children and 2 grandchildren.

Use Form Below for Info & Pricing